Today, San Diego Junior Theatre operates as an independent, nonprofit organization for the benefit of children throughout San Diego County, and is the oldest continuing children’s theatre program in the country — its productions have entertained well over a million theatregoers since its beginning in 1948!

In 1948, the Junior Theatre Workshop of the San Diego Community Theater (now, the Old Globe Theatre) was established at the suggestion of Craig Noel, the resident director. With instructors and facilities provided under the Old Globe’s stewardship, founders Irma Fraser McPherson and Mary Corrigan directed a group of students, ages eight to eighteen, in what became the first of many Junior Theatre productions from the hilarious to the heart-breaking to the simply show-stopping.
As Junior Theatre continued to flourish, it moved to Balboa Park’s old Food and Beverage building for its new rehearsal space, with shows staged in the Palisades Building Recital Hall and Puppet Theatre. By 1951, the San Diego Park and Recreation Department took over sponsorship of the junior theatre program, and two years later the Civic Conservatory of Theatre Arts for Youth (produced by the San Diego Junior Theatre) was incorporated.
Early productions were held in the Old Globe Theatre, its Falstaff Tavern, Wegeforth Bowl in the zoo, the Puppet Theatre and at the Roosevelt Junior High School auditorium. From 1951 to 1971, San Diego Junior Theatre shared what is now the Marie Hitchcock Puppet Theater stage, located in the Palisades Building on the south side of Balboa Park.
During the 1971-72 season, San Diego Junior Theatre moved to its current home in the Casa del Prado Theatre. Today it operates as an independent, non-profit organization and is known to be the oldest, continuing children’s theatre program in the country.
While Junior Theatre’s alumni include celebrities such as Victor Buono (Academy Award nominee, 1963 What Ever Happened to Baby Jane?), Dennis Hopper (Academy Award nominee, 1969 Easy Rider, 1987 Hoosiers), Raquel Welch (Golden Globe winner, 1975 The Three Musketeers, Brian Stokes Mitchell (Tony Award winner, 1999 Kiss Me Kate) and Gore Verbinski (Film Director, Mousehunt, The Ring, Pirates of the Caribbean movies), Christian Hoff (Tony Award Winner, 2006 Jersey Boys), Casey Nicholaw (Director/Choreographer, Aladdin the Musical, choreographer, The Book of Mormon, Spamalot), the program’s dedication to providing quality education and building self-esteem has helped produce capable citizens in all fields of endeavor.
That’s why San Diego Junior Theatre’s education and community outreach programs are so important today. As one of the nation’s most comprehensive theater education programs for children, Junior Theatre offers hundreds of classes and camps. With the help of its growing corporate sponsorship program, education and entertainment services are offered to school and community groups in Balboa Park, La Jolla, and throughout San Diego County, all with the aim of introducing the magic of theatre to children for generations to come!
The Complete Play List
DOWNLOAD PDF 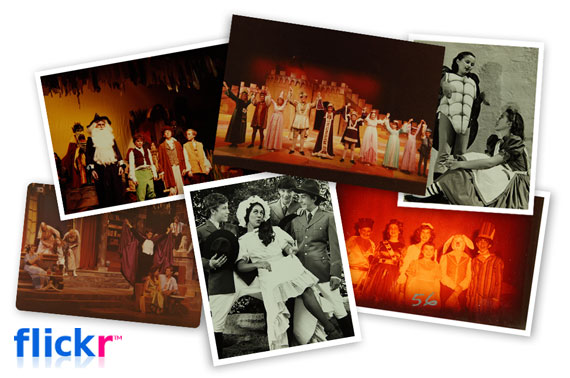