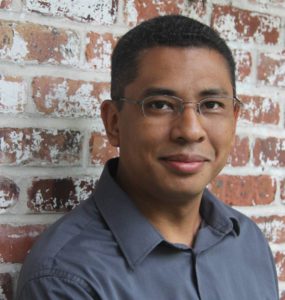 Jerome Hairston, is an American Playwright originally from Yorktown, Virginia. Hereceived his BA from James Madison University and is a graduate of Columbia University’s MFA playwriting program. His play a.m. Sunday premiered in the 26th Annual Humana Festival at Actors Theatre of Louisville and was later produced at Centerstage in Baltimore, Maryland. His other plays include L'Eboueur Sleeps Tonight, Forty Minute Finish, The Snowy Day, and Method Skin.

His work has been developed and presented at theatres such as Playwrights Horizons, the Atlantic Theater Company, Hartford Stage, Arena Stage, the Underwood Theater, New York Stage and Film, as well as the Shenandoah Playwrights Retreat, the Sundance Theater Lab, and the Eugene O'Neill National Playwrights Conference. He was featured twice in the Young Playwrights Festival in New York (1993 and 1994), and was also the recipient of the 1998 Kennedy Center/American College Theater Festival’s National Student Playwriting Award. He has received commissions from The Kennedy Center, Centerstage Baltimore, the Guthrie Theater, The Public Theatre/NYSF, and the Manhattan Theatre Club, where he was a 2001 playwriting fellow. He is also developing several film and television projects. He currently lives in Brooklyn, New York with his wife, Cindy.

The Snowy Day celebrates the magic and boundless possibilities of the first snowfall!