On Tuesday, November 29, 2016, San Diego Junior Theatre will join other charities to harness the collective power of individuals in celebrating generosity worldwide on #GivingTuesday, a global day dedicated to giving.
DONATE NOW
DONATE
WHEN:
Each year #GivingTuesday is held on the Tuesday after Thanksgiving and the big shopping events, including Black Friday and Cyber Monday, to kick off the holiday giving season and inspire a culture of philanthropy, transforming how people think and talk about and participate in the giving season.

We are thrilled to announce Meg will have her SDJT directorial debut for our upcoming production of A Wrinkle In Time! 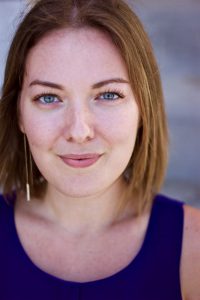 Meg DeBoard is a San Diego-based theatre director and movement director. She most recently directed Hänsel und Gretel for Point Loma Opera Theatre. She lived in London for two years, learning from acclaimed directors Stephen Unwin of The Rose Theatre and Melly Still from The National Theatre. She learned play adaptation from James Caird (Les Miserables) and movement from the resident movement director, Emily Mytton, of War Horse in London. Since moving to San Diego about a year ago, she has worked on Hollywood! and Blueprints to Freedom, both at La Jolla Playhouse, and When the Rain Stops Falling at Cygnet Theatre, all as assistant director. Directing credits include: And Then They Came For Me: Remembering the World of Anne Frank, Lulu, Seussical, The Adventures of Tom Sawyer (Hawai’i Premiere), Into the Woods, Urinetown, The Wizard of Oz, Annie, and The Little Mermaid. She has an MFA in Theatre Directing from The University of Essex in England.